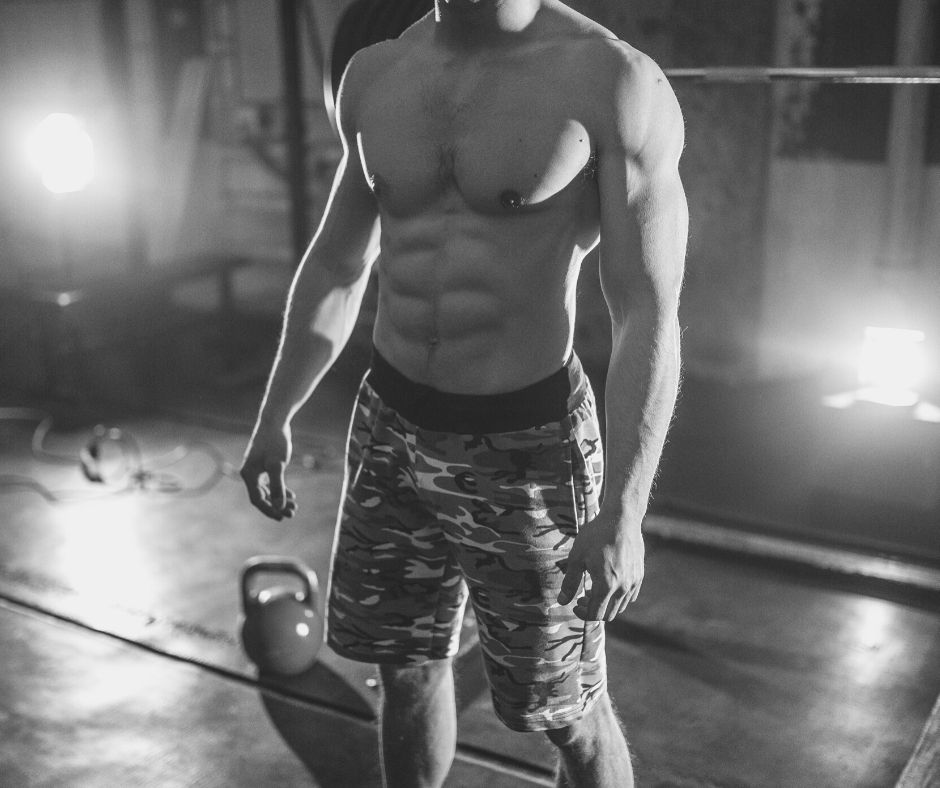 Abs, trunk, core, or whatever you like to call it, can be developed quite effectively with kettlebell training.

Like every article I write, let me be up front and blunt when I say the following:

If you eat like a garbage truck, you’re likely never going to see your abs, and that’s ok if you don’t want that. If you want to see your abs, you’re going to need to be doing well in the kitchen. Notice how I didn’t say perfect. But you clicked on this article to read about how to build strong abs with kettlebell training, so that’s what we are going to talk about. Ok pumpkin?!

The functions of the abs

Anatomically speaking, one could argue that the functions of all of the muscles that intersect the anterior trunk are designed to flex, rotate, and some combinations of the two; however, what many people fail to realize that the main function of the “abs” is to stabilize and transfer force effectively to the appendages (arms, legs). If the main function of the trunk is to stabilize and transfer force, then perhaps we should train with an emphasis on stability and force transfer in the mid-section? Does that mean we shouldn’t flex and rotate the anterior side of the body in kettlebell training? Of course not, but we should be cognizant of the amounts.  The 5 exercises below are some more advanced variations for kettlebell and non-kettlebell ab training; however, this is something to work towards being able to perform.

Here’s a challenging kettlebell training exercise, done with two kettlebells, that will greatly challenge anterior flexion of the trunk. By keeping your legs straight in this exercise, you inhibit the use of the strong hip flexors and force a greater demand on the trunk to perform the work.

Rotation of the trunk can be initiated from the bottom up and from the bottom down. This is a very unique kettlebell training exercise in that the upper body is relatively pinned to the ground from the weight of the kettlebells, while the trunk is forced to decelerate the descent of the legs and re-accelerate the legs back to the starting position. The key to this exercise to aim to keep your belly button always facing the ceiling and limit the amount it moves from side to side while the legs move side to side.

Like many movements in the body, because muscles cross more than one joint in many cases and the body isn’t just an east/west/north/south vessel, this particular exercise, the windmill, merges flexion and rotation of the trunk. People quickly realize in a motion like this, that without hip mobility, it’s really hard to tap into great trunk stability and force transfer, which really limits the amount of power you can generate.

This is another kettlebell training movement that would earn the adjective “functional” before it’s name. The plank knee touch really hammers stability of the hip and spine while the body works in diagonal force transfer, which happens to be how we walk, jog, and sprint. Perhaps you’ve never thought about it this way, but our bodies are designed to move due to it’s opposing diagonal forces.

This may be one of my absolute favorite kettlebell training exercises partly because it’s fun and challenging, but also due to the high” “bang for the buckness” of the exercise. There’s obvious total body benefits from this movement; however, one particular aspect of it, when you’re in the gladiator hold (or side plank with hip abduction hold) you quickly realize what your lateral subsystem is whether you know what that is anatomically or not. It’s that often forget about lateral part of your body in training. It’s your lats, obliques, QL, and glute medius. You’ll also quickly realize how weak this may be on you after a few short seconds of holding, or falling all over the place.